The Scholarship Breakfast is this Saturday at the Emporia Senior Center. 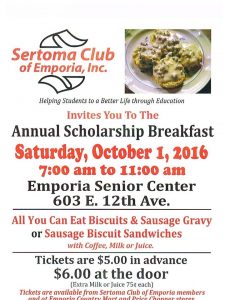 These are some new Rail Road Ties made by Jerry and Jeremy Cooper. We need a lot more this is the start of a long ongoing project. #sertomaproud 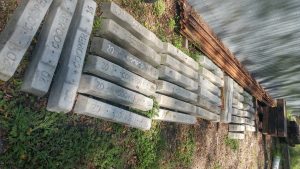 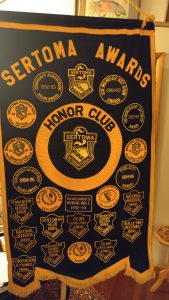 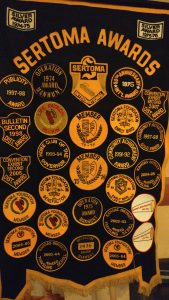 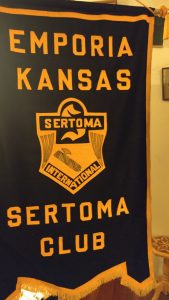 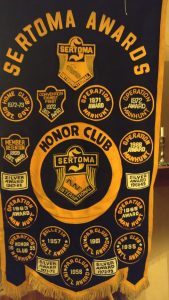 Club presenter today was Susan Rathke of CSB, Emporia Convention & Visitor Bureau. Lots of talk about all the visitors coming to Emporia. What a happening place we live in. #emporiaproud 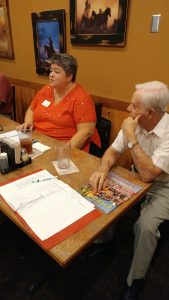 Weekly Sertoma meeting tomorrow at Pizza Ranch 11:30-1:00. Come out, eat lunch, meet members, there is suppose to be a program, the presenters are local people talking about some community activity. These are usually very interesting and often informative or educational. The presentations are short and some members leave as work demands. Good place to get a feel for what Sertoma is about. Also good food for lunch. Bring a friend if you would be more comfortable.

Well it is not everything I had hoped for but it is up and working……More to do, will get better…..like #Kevin Case said “if you do not start you will never be great”. This is the new start, watch for the great.

From the Sertoma International Web page.

“On April 5, 1912, 26 area business men attended the first organized meeting of the Stand Together Club, as referred in to the minutes. The first official luncheon, with the club now referred to as the Co-Operative Club was held on April 11, 1912 at the Coates Hotel in Kansas City, Missouri – the date and location now recognized as our founding. The founders of the first Co-Operative Club were George W. Smith, M.D., Charles E. Allen, M.D. and William R. Rowe. They are recognized as the Founding Fathers of The Co-Operator Club of Kansas City, Missouri, and Sertoma.”

This is the new web site for Emporia Sertoma.

Give me some feed back.